SCIENTISTS DISCOVER ONE KIND OF FRIEND IS BEST…

N THE 14TH CENTURY, SO THE LEGENDS GO, French alchemist Nicholas Flamel and his wife Perenelle managed to decode the words in a curious book. Encrypted in the text was a series of instructions, that, if followed to the letter, could be used to create an ‘elixir of life.’

The idea that the Flames found the words to make them immortal is improbable at best, but it makes for a fun tale to tell a listener. But it also speaks to the truth: Finding someone willing to listen to you tell a story may be a real boost for longevity. 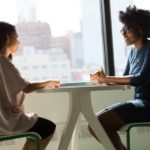 In a new study, researchers show that if you want to build your cognitive resilience, surrounding yourself with people who pay attention to you when you tell stories or vent is an excellent strategy. In turn, if you care about your parent’s and friends’ brain health, too, you could start by being a good listener.

The study, published Monday in the journal JAMA Network Open, found that strong social support — in this case, just making oneself available to listen — was associated with greater cognitive resilience.

LONGEVITY HACKS is a regular series from Inverse on the science-backed strategies to live better, healthier, and longer without medicine. Get more in our Hacks index.

WHY IT’S A HACK — It costs zero dollars to be a good listener, and the payoff is enormous.

One 2016 study, for example, indicates that loneliness accelerates cognitive decline, and poorer cognition is in turn associated with a greater likelihood of loneliness.

The new study found that supportive listening could contribute to cognitive resilience — it seems that having someone who listens to you helps spur neurogenesis, which is the neuroscience term for the growth of new neurons, and boosts synaptic plasticity. Essentially, a friend who pays attention can help your brain continue to work and grow throughout life.

The researchers think that certain neurons involved in brain processes to do with the social interactions that involved supportive listening may make amino acids that contribute to neural repair. These neurons may also be linked to oxytocin production — the “love hormone.”

In an older study based on a mouse model that looked at the risk of neuropathological disease, social interaction appeared to spur neurogenesis and boost cognitive function.

Taken together, the data suggest having a good listener on hand could not only make you feel a little better but can also help to promote the mechanisms that build cognitive resilience to see us through our whole life.

SCIENCE IN ACTION — This study analyzed an existing dataset that included 2,171 adults who had an average age of 63 years.

Researchers found that people who reported their friends and family listened to them as a source of support had a lower risk of developing age-related cognitive problems, like Alzheimer’s disease and other dementias. Interestingly, the researchers didn’t observe the same correlation for other types of social support, such as love-affection and emotional support.

The researchers did not comment on the study findings for Inverse.

HOW THIS AFFECTS LONGEVITY — Alzheimer’s disease largely affects people over the age of 65, but the friends you make in your earlier years — your college roomie, your work wife, your playdate pal — are also likely the people who listen to you and make you feel heard.

This particular hack won’t necessarily extend your lifespan, but it could help keep your brain healthy, stave off the ill effects of age in the brain, and benefit your mental health throughout life.

While the payoff is most evident later in life, now is the time to start fortifying your social support network. The study found that those in their forties and fifties who reported low listener availability had a cognitive age four years older than someone of the same age with high listener availability.

Basically, two people of similar age and physiological health might have different cognitive abilities based on whether they can turn to a friend in their moment of need. On the other hand, be that friend — it will benefit you both.