The Vice President of India, Mr. M. Venkaiah Naidu conferred the 66th National Film Awards for the year 2018 held on 23rd December, 2019 at New Delhi. The function was attended by several dignitaries from diverse fraternities. The Vice President addressed the audience on the importance of yoga. ‘Yoga is for your body, not because of Modi,’ he said, evoking laughter from the audience.

The Importance of Yoga

Yoga is an ancient Indian practice that involves disciplining the mind and the body. Its origins can be found in 5,000-year-old texts.

Yoga promotes physical and mental well-being. It improves the balance of the body and calms the mind. Certain types of yoga involves breathing exercises as well that help to improve lung capacity.

Yoga does not focus on fitness though you need a certain level of fitness for prolonged sessions. It concentrates more on creating the perfect balance between mind and body. Yoga is greatly recommended for older adults who cannot do rigorous exercises. It is perfect way to meditate and streamline your thoughts while improving your health.

Consistent practice of yoga can cure even chronic diseases like diabetes, blood pressure, heart blockages, arthritis, respiratory disorders and mental disorders like depression and anxiety. Doctors often recommend complementary yoga therapy along with the conventional medicinal therapies for the treatment of these diseases.

Laughter Yoga is another emerging branch of traditional yoga that as gained popularity quickly. In this type of yoga, mainly older adults participate in groups to laugh loudly, thus drawing in more oxygen into their bodies and purifying their blood. One can see many laughter yoga clubs in neighbourhood gardens, especially in the mornings.

Prime Minister Narendra Modi has been always very vocal about his support for yoga. He himself practices yoga regularly and also organizes events all over the world on International Yoga Day. He has also launched AYUSH (Ayurveda, Yoga and Naturopathy, Unani, Siddha and Homeopathy) centres all over India for promoting good health and well-being among the citizens and make alternate therapy easily available. 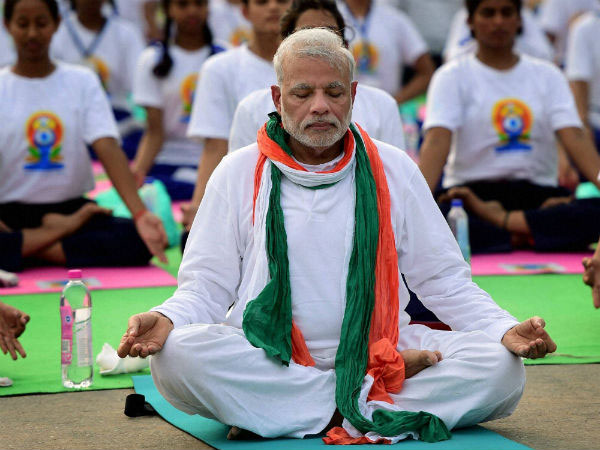 “Yoga is for your body, not because of Modi!”

When a prominent personality like Venkaiah Naidu talks about yoga, we must make it a point to incorporate it into our lives. Yoga not only improves the state of your body and mind, it also improves the quality of life. You can overcome diseases and live a happy and healthy life in the later years of your life as well.