Depression is a mental health disorder wherein a person constantly feels low, loses interests in things and goes through prolonged periods of sadness, causing significant impairment in their daily life.

In India, over 5 crore people suffer from depression and less than half of them get treated for it. Mental health issues like depression are still considered a taboo subject in our society and because of this unfortunate thought process, many people suffer in silence.

But there are a few heroes, who are so self-aware that they not only accept the fact that they may be depressed, but they also seek help and reach out to others and help them too. They try to break the stigma surrounding mental health issues by openly sharing their journey and in return inspire the silent sufferers to get better too.

Preetida Dixit is one such warrior who recognized the signs and symptoms of depression in herself and took every chance she got to get better. Preetida is a single-mom, nay a Super-mom, a strong, resilient and beautiful person. She is a fashion designer by profession and currently lives in Pune with her eight-year-old son who is the center of her universe and light of her life.

Preetida shares her story with Eldr…

I belong to a small-town in Maharashtra called Kolhapur, where I completed my entire education including Fashion Designing and Sangeet Visharad. I got married when I was 24 to a guy who worked in the Merchant Navy and soon moved to Pune. I felt the family was decent and well-educated. But after living under one roof with them, I realized things were not as good as they seemed on a superficial level. My Mother-in-law was a dominating woman, my father-in-law tried to show physical aggression twice. My husband turned out to be an alcoholic who loved the bottle more than his family. I felt like an outsider in that family where they were one team and I was a stranger. I was not allowed to work and was never involved in any decisions in the family.

Whereas my upbringing was starkly different than this. I grew up in a well-balanced and a loving family and all my childhood memories are sweet and beautiful. I was taught to respect relationships and not give up on them easily. Because of this, I kept working on our marriage and tried to make things alright at home.

That was the moment I realized that I didn’t want to raise my son in this environment. I wanted to  set better examples for him.

But all hell broke loose on my 11th wedding anniversary, when my husband, in a drunken state, physically abused me in front of my five-year-old son. That was the moment I realized that I didn’t want to raise my son in this environment. I wanted to set better examples for him. That’s when I decided to get divorced and start over. I called my parents and they took me and my son to Kolhapur.

However, I knew, few people around us were orthodox, hence I was looking for a freer environment and decided to live in Pune. After moving to Pune, I filed for a domestic violence case against my husband and his family.

In a normal scenario, domestic violence cases create pressure on the respondent but in this case I was under pressure while he was moving freely. It was difficult to trace him for a year and a half as he was always away for work. But with the help of a relative, I somehow tracked down his office address and made him appear before court.

Finally, after 2 years I got divorced by mutual consent and got free of the toxic relationship. I was living life on my own terms and had the freedom to take decisions for myself. I enrolled for an upgradation course in fashion designing because I wanted to work. I was mentally relaxed and in a happier place. Or so it seemed.

I lost interest in meeting friends and socializing. My bubbly personality withdrew into a shell.

For someone who has dealt with an unhappy marriage and household alone for 11 years, fought court cases, and now bringing up her son alone, depression was an unwelcome and shocking visitor. I considered myself to be a mentally strong person who could handle anything life threw at her. But soon I started experiencing changes that I did not know how to deal with. I would stress eat a lot and never feel satiated. I stopped enjoying the usual activities that were my inherent nature. I lost interest in meeting friends and socializing. My bubbly personality withdrew into a shell. I thought maybe this is stress and loneliness and I can handle it.

But then I found myself crying for days together without any reason. I would break down while working at home, or while sitting in the parking lot. Once this went on for three days and that’s when I realized that this is more than I can handle alone and I need to seek an expert’s help.

I did not require medication as I reached out for help at an early stage.

I recognized depression and accepted my issues because that’s the first step of solving a problem.  I started seeing changes from the first session itself. I did not require medication as I reached out for help at an early stage. The sessions helped me overcome my state. I shared this with my family and friends and they were extremely supportive. My parents, brother and sister-in-law would call me every day to check on me and ask me how my sessions were going. They stood by me while I tried to get better.

Of course I found some naysayers along the way. People who said counselling is nothing but a means to earn money, that I should just try to stay busy and be ‘happy’. Suggestions like ‘go for a movie’, ‘meet friends’, are temporary solutions and really don’t help a person. Little did they understand that nobody experiences this knowingly and there are certain things only an expert can help you with.

We should convince a loved one to seek help when we recognize any signs of depression in them.

I think the role of a family is paramount. We should convince a loved one to seek help when we recognize any signs of depression in them. We should support them in their battle against depression by showing empathy and understanding. 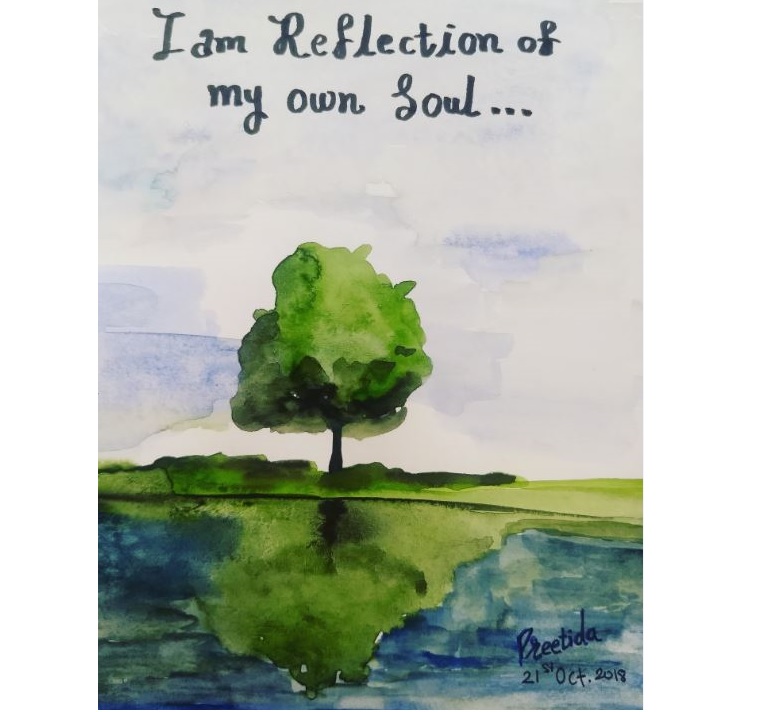 After my therapy, I felt like a much stronger person. My counsellor helped me in areas of single parenting also. Therapy helped me in gaining my confidence back and changing my perception. Earlier, I would only see a problem but now I was able to recognize the fact that every problem comes with a solution. Even if that solution is seeking counselling again, I am willing to do that.

In our Indian society depression and other mental health issues are still considered as a taboo subject. There is not enough awareness and knowledge about the importance of mental health. The government should also run campaigns for mental health like they do for other ailments.

We are either not aware, or try to discard a mental health issue because of our ego.

Depression can hit anyone, irrespective of your age and situation. My counsellor told me that one may also face depression when everything is running smoothly in their life. We are either not aware, or try to discard a mental health issue because of our ego. Our ego doesn’t allow us to accept that we need help. 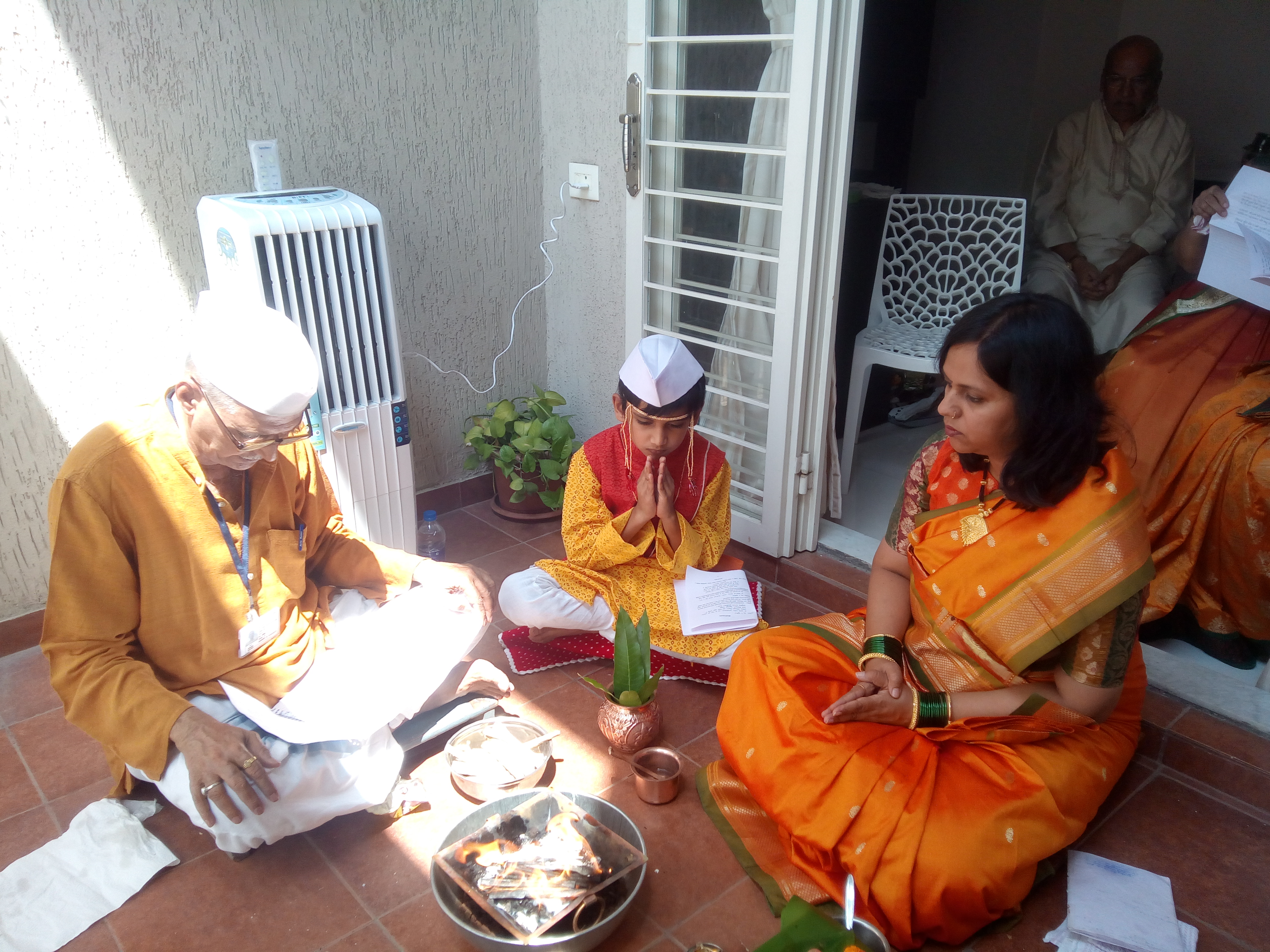 Preetida with her son during his thread ceremony

Today, I am in a much better place emotionally and mentally. I recently performed the thread ceremony of my son, a ritual that ideally involves the father. But we can make our own ideal situations and learn to be happy in them.

Seeking help is a testimony of strength because you are not willing to suffer in silence. For people who have suffered from Depression, it is even more important to step up and speak up. You never know who may derive strength from your journey and change the course of their future.