72 years since India got her independence, it’s been an iconic journey with lots of ups and downs. Be it protecting our borders or supporting calamities, our line of defence has always shown their grit and courage in handling the situation with utmost bravery. It is in fact because of them that we are able to enjoy our lives as proud Indians.

This Independence Day, Eldr decided to speak to three amazingly fit and enthusiastic gentlemen from defence. We spoke to Col. Kuljit Singh Jaggi from the Indian Army, Dr. Sunil Rai from the Indian Navy, and Mr. S.P. Kumar from the Indian Air Force to understand how they maintained their health all the while and how would they like to inspire others with their fitness regime.

These ex-defence personnel have stood by the nation through its thick and thin and can guide us to lead a healthy life and create a fitter India. 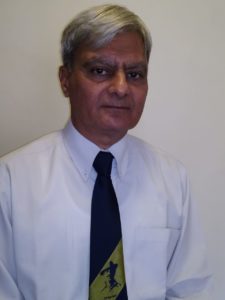 Col. Kuljit Singh Jaggi, 54, has served in the Indian Army for 30 years, joining as a second lieutenant and retiring as a colonel. He is now a motivational speaker and personality developer with his own institute in Pune.

Being a part of the Indian military service requires both physical and mental fitness. Col. Kuljit Singh Jaggi emphasizes on how important physical fitness is for health. However, army training is for developing endurance, not building muscles. Col. Jaggi has a separate exercise routine for himself. He always makes it a priority to exercise. “Not a day goes by without me exercising,” he says. He keeps a gripper handy at all times so that he can practice even if he gets a few moments.

However, he believes in not keeping anything structured. “If you make a routine, you will end up making excuses to skip it,” he says. Instead, he grabs any opportunity to exercise and move whenever he can. He does cardio (running and jogging, climbing stairs), planks and weight training regularly.

Col. Jaggi does not use mobile phones unless absolutely necessary. According to him, it is just a time-wasting device. In another surprising revelation, he does not use ATM cards as well. He prefers building human relations with the bank manager rather than using the ATM machine that could have millions of germs by being touched by so many people daily.

Col. Jaggi says that the main problem of the current generation is that they lead a sedentary lifestyle. They do not have food on time and have sleep problems due to usage of mobiles in the bedroom.

He advises one to imbibe healthy and active routines whenever they find time. Climbing stairs instead of using an elevator or walking around on the floor in intervals will help a lot.

He points out how the Indian thali is a very good example of a balanced meal. And “Knowing when to stop is key,” he says. People tend to overeat and which leads to obesity issues.

Col. Jaggi further opines, “Fitness starts from the kitchen. Start by eating healthy and limiting portions. Exercise is complementary to a good diet. Overeating and then joining the gym to lose weight fast is a very wrong practice.” Another great piece of advice from Col. Jaggi is that Indians are very emotional about house visits. They do not like going empty-handed and often end up buying sweets for the host. “Instead,” he says, “buy them some dry fruits or Chyavanprash or even a book. It is a healthier way going forward.” 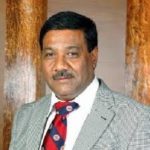 Dr. Sunil Rai, 61, has served in the Indian Navy as a Naval Commander for 20 years. After retirement, he actively took an interest in academics. Now he works as the Vice-Chancellor of MIT Art, Design and Technology Institute in Pune.

Dr. Sunil Rai joined the Indian Navy around his 20s. The navy has very strict rules about health. They conduct regular medical check-ups in which a naval officer has to secure the highest grade. Consequently, Dr. Rai made being fit a part of his routine.

Regular physical exercise every morning was called for. But another good thing about the Navy was that they encouraged officers to play informal games in the evenings. “Even while at sea, the ships were equipped with exercise areas and play areas,” he says. “Often, we used to jog on the deck and play volleyball in the evenings with the ball tied with a rope so that it didn’t fall over into the sea.”

During service, he used to jog in the mornings and indulge in active sports like football, hockey, squash and badminton in the evenings. He has maintained this schedule even now.

Life after retirement has not been any different. His day begins with a brisk walk for 45 minutes. He plays badminton regularly and loves swimming. He keeps himself extremely active in his academic engagements. He also works with several NGOs on the weekends and whenever he gets free time.

Dr. Rai advocates eating homemade food. “A person should have food hygienically cooked at home at least 5 days a week,” he says. However, he advises against mindless bingeing on the remaining two days of the week. “Avoid fizzy drinks and baked sugary snacks,” he advises.

According to Dr. Rai, swimming is the best exercise a person can get, especially women. He also practices yoga and meditation daily for mental-wellbeing. It helps keep the entire body fit.

Apart from that, he advises jogging daily for 40-45 minutes/5 kilometers. “This is the best way to maintain good health even in older age,” he says. 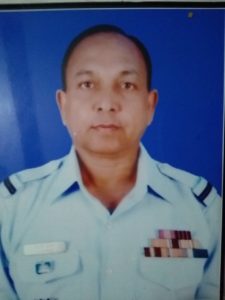 Mr S.D. Kumar, 66, served in the Indian Air Force for 39 years. He retired as a Flying Officer. Post-retirement he is actively involved in social activities in and around his home in Pune.

Working in the Air Force, he had to participate in the mandatory physical training to maintain their fitness for the job. Along with that, he also followed a strict routine of walking, cycling and swimming regularly.

Even now, after his retirement, he keeps an active fitness routine. He enjoys his morning-walks with friends and goes to the gym religiously. “Due to this active lifestyle, I have no major disease or disorder,” he says. He encourages his wife too to join him in his daily regime.

Being disciplined is key to living a stress-free life. “Reporting to work early and working to meet deadlines ensure that your boss does not give you stress,” he says laughingly. However, he admits that the life of the current generation is very hard with bad work timings and no work-life balance.

Physical exercise is another aspect he stresses on. “Even a simple act like walking daily can make sure you remain healthy,” he emphasizes.

He also feels that the current generation should manage their diet choices correctly. As he is a vegetarian himself, he recommends a healthy home-cooked vegetarian diet to keep yourself healthy. “I personally prefer picking up fresh vegetables from the market to cook nutritious food,” he says.

“Be stress-free and happy. It is the only requirement for a healthy life,” he signs off.

With words of wisdom on health and discipline coming from the veterans, we can sure look forward to a fitter as well as a happier tomorrow. They have done their bit to ensure that we are living a safe and sound life, now it’s our turn to do our bit to make health a priority and embark upon the mission of a ‘Swastha-Bharat’!

Come, post your health pledge today in the comments below.

Also Read: Know Their Side of the Story As Told By the Brave IAF Wife