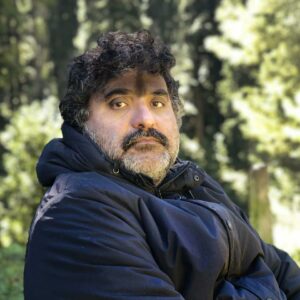 Watch your breath at the tip of your nostrils while you close your eyes. How many times do you breathe in a minute? (One inhalation and exhalation makes one count). How many breaths did you take?

Our ability to breathe accurately predicts our health, as well as how well and how long we will function in this body. Think about this. Dogs breathe quite quickly. In contrast, a turtle only breathes once or twice every minute. A turtle lives 100–150 years compared to a dog’s 14–15 years. Sometimes more is not better. A good breath should be taken.

“The cells produce a significant amount of energy when breathing. Every action has a corresponding and opposing reaction, according to both – the Vedas and contemporary science. Toxin production in the body is in this instance the opposite of energy. In Sanskrit, these toxins are referred to as “ama.” They gradually erode the cells, which causes them to degrade. Greying hair, wrinkles, shrivelled skin, exhaustion, loss of vigour, dullness of complexion, brittle bones and muscles, and dulling of senses are all side effects of “ama’s” activity on the body’s cells,” says Yogi Ashwini.

You might be astonished to learn that the Germans’ 2014 FIFA World Cup win was a result of their practise of optimal breathing, which is recommended in Sanatan Kriya to reduce bodily wear and tear and increase efficiency. “The German team uses specialised monitors on their cleats to track their heart rates during practise. When the heart rate exceeds a predetermined limit, the player is given a lighter schedule and the practise is postponed, which maximises efficiency [details are available in the book Sanatan Kriya, The Ageless Dimension],” he says.

Thus, by practising proper breathing techniques, one can obtain a clear mind and progressively build up their physical fitness to the point where they could even win the World Cup of Football! “Benefits like beauty, radiance, and a toned body are extras. On the other hand, a poor breathing pattern might hasten the rapid deterioration of the body and mind. You may have noticed that the respiration rate increases when under a lot of tension or duress. When someone is having a heart attack or an asthma attack, their breathing becomes exceedingly rapid because the body is gasping for air,” he says.

Yogi Ashwini explains in detail how to perform the Sanatan Kriya’s Ujjai Breath for a fundamental understanding of the science’s potential. 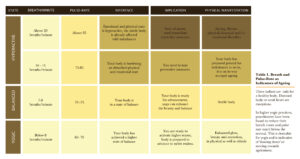